What are my rights?

Unfortunately, the rights of victims of domestic violence are often overlooked. Most of the time, shelters are able to answer questions about these rights. Otherwise, they refer people to an appropriate resource.

Knowing, for example, that the intimate partner has the right to be informed of the release of their aggressor, the right to terminate their lease because of domestic violence or sexual assault, or the right to be accompanied in the judicial process, are all levers to fight against the feeling of powerlessness.

Some examples of rights

The 2004–2008 Quebec Government Action Plan on Domestic Violence provides for prosecutors to meet with victims of domestic violence before trial. Although the criminal and penal prosecutor (formerly known as the Crown prosecutor) is not the victim’s lawyer, it is important for the victim to talk to them about how the trial will take place and what their role will be. Do not hesitate to request a prior meeting with the prosecutor.

Victims of domestic violence can be accompanied in the legal process by a shelter case worker or by a Centre d’aide aux victimes d’actes criminels (CAVAC) worker. On the day of an appearance or trial, it is possible for victims to wait for the start of the hearing in a room reserved for them.

2- The right to be accompanied

Hearings in family law or youth protection are held behind closed doors to preserve the anonymity of minor children. However, a victim of domestic violence who wishes to be accompanied by a shelter case worker should ask their lawyer to request the judge’s permission for the escort to be admitted. In addition, the Youth Protection Act stipulates that:

6.2. The child and the child’s parents are entitled to be accompanied and assisted by a person of their choice when they wish to obtain information or when meeting the director or any person the director authorizes. (Section 6.2).

In recent years, the Ministry of Justice has entrusted CAVAC with the task of notifying victims of the release of their aggressor after a court appearance. To be notified, victims make sure that the police has their contact information if they move.

The Québec Correctional System Act provides that correctional services or the Commission québécoise des libérations conditionnelles (CQLC) must take the necessary measures to inform victims of domestic violence of the expected date of a temporary absence, parole or total release of their aggressor. The conditions attached to the release and the destination of the offender should also be communicated. (Section 175)

A victim may send written representations to the management of the penitentiary or to the president of the CQLC concerning the granting of temporary absence or conditional release to the offender. They can express their fears and publicize harassment or threats that may have continued despite imprisonment.

When they are victims of a crime (with the exception of threats and harassment that are still not covered by the IVAC), victims of domestic violence may be compensated for loss of income due to temporary or permanent disability. They may also receive support to cover the costs of medical assistance (including psychological therapeutic support) required as a result of the assault. Rehabilitation measures may be provided. However, the delays are long, and you have to be patient.

6- Termination of lease due to domestic violence or sexual assault

Some victims of domestic violence have to move in order to flee their spouse who threatens their safety. Since 2006, article 1974.1 of the Civil Code of Québec allows them to terminate their lease with three months’ notice. Since the adoption of this measure, some understanding lessors have offered abused women the opportunity to terminate their leases more quickly.

7- Confidential address to the court

When people testify in court, they must identify themselves and give their address. Intimate partners of domestic violence, who have fled their spouse and who fear for their safety, can inform the criminal and penal prosecutor that they do not wish to disclose their address. This request is generally accepted without problems.

The only exception is that when there are reasonable grounds to believe that the victim’s safety is compromised (imminent danger of death or serious physical or psychological injury), the professional may partially lift the confidentiality to inform a person who can help the victim to ensure their safety.

Victims of domestic violence who fear that their spouse is taking advantage of their rights of access to children to threaten their safety, or that of their children, may request that the visit or exchange of custody take place in an access rights supervision centre. However, it should be noted that these centres are still too few in number and therefore inaccessible in some regions. Attorneys are aware of existing services.

When a complaint is filed, victims do not have to be represented by a lawyer. However, for the settlement of a separation, divorce or custody of children, it is preferable to consult a lawyer who is familiar with the problem of domestic violence.

Although the eligibility thresholds, which are far too low, exclude a large part of the population, some victims of domestic violence may obtain the services of a lawyer in private practice who accepts legal aid mandates or a permanent legal aid lawyer.

11 - Leave without pay and paid leave due to domestic violence

Victims of domestic violence have rights in terms of absence from work. The CNESST stipulates that they are entitled to 26 weeks of leave without pay and 2 days of paid leave, the latter under certain conditions. 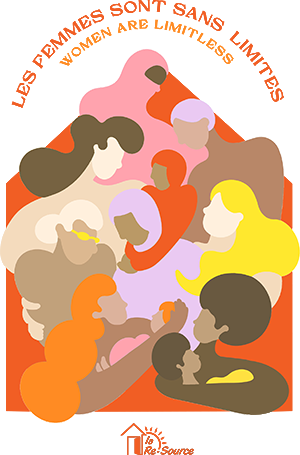 * Please note that all texts on this site use inclusive writing as far as possible, except for quotes.
Follow